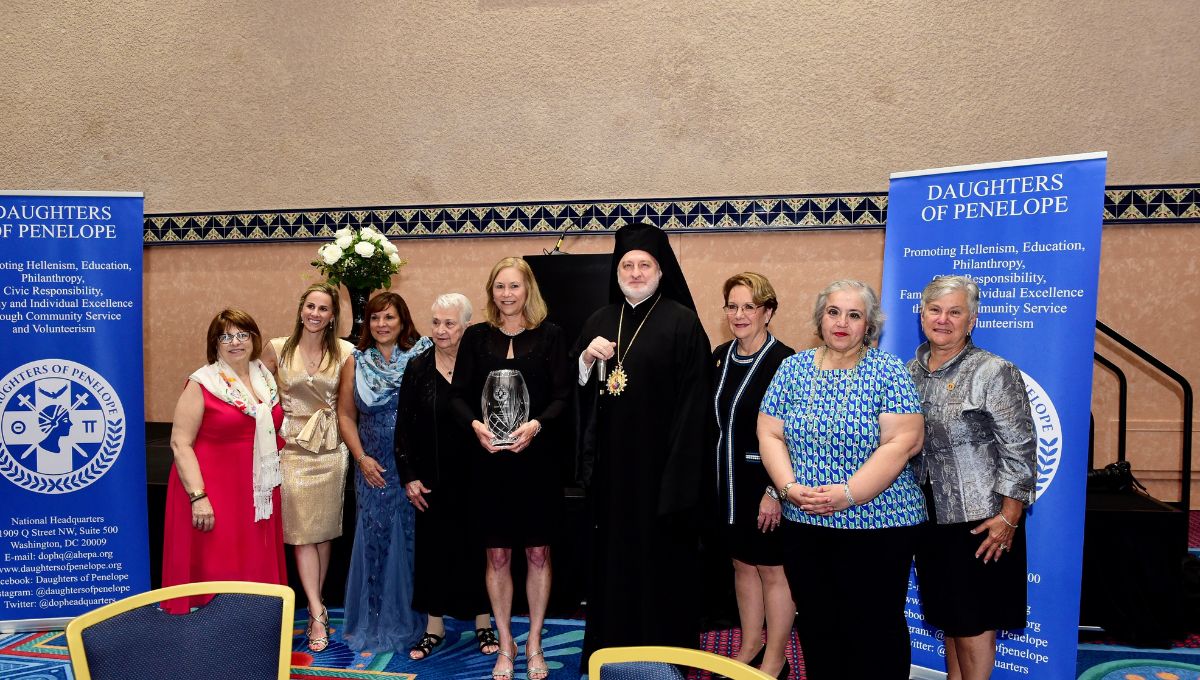 “Women of Vision, Principle, Industry and True Philanthropy”: Penelope’s Daughters Continue the Long Tradition of the “Salute to Women” Award

On Thursday, July 21, the Daughters of Penelope hosted the “Salute to Women” award ceremony in honor of Janet E. Petro, director of NASA’s John F. Kennedy Space Center in Florida. Petro previously served as deputy director of the Center, during which time she helped Kennedy transition to a multi-user spaceport, leading interagency initiatives with the Federal Aviation Administration and the US Air Force to streamline government processes and support commercial space operations to increase government efficiency. and limit redundancy. Petro is the 28th winner of the “SALUTE” award.

Held twice a year during the AHEPA Supreme Convention, Salute to Women recognizes an outstanding woman outside the organization who represents the goals and ideals of the Daughters of Penelope. Indeed, by the 1960s, just thirty years after the organization’s founding in San Francisco in 1929, the Daughters had already proven to be a dynamic force in their Greek and local communities, as well as in the wider diaspora and in Greece. It was then that former Grand Presidents Joanna Panagopoulos Merakos and Betty Athanaskos envisioned the “SALUTE” Award as a way to not only recognize outstanding achievement by women, but also to affirm the Daughters of Penelope’s place as a national and international philanthropic organization. of women. Organization.

In his words at the Award Ceremony, His Eminence Archbishop Elpidophoros recognized this legacy in Petro and in each member of the organization: “Allow me to extend my sincere congratulations to each of the Daughters of Penelope. In honoring this exceptionally skilled and truly talented professional leader, they honor themselves as: women of vision, women of principle, women of industry, and women of true philanthropy. All the qualities and characteristics that she highlights tonight for her current honoree apply to all those women who came before her.” (Complete comments).

Today, fifty years after Senator Margaret E. Chase received the first “SALUTE” award in 1970, and nearly one hundred years since the organization began its work, the Daughters of Penelope are leaders in philanthropic, educational and cultural activities, with Chapters in the United States, Australia, Belgium, Canada, Greece, Cyprus, England, France and Germany. Its mission and scope are nonpartisan or denominational, and its efforts are constantly growing.