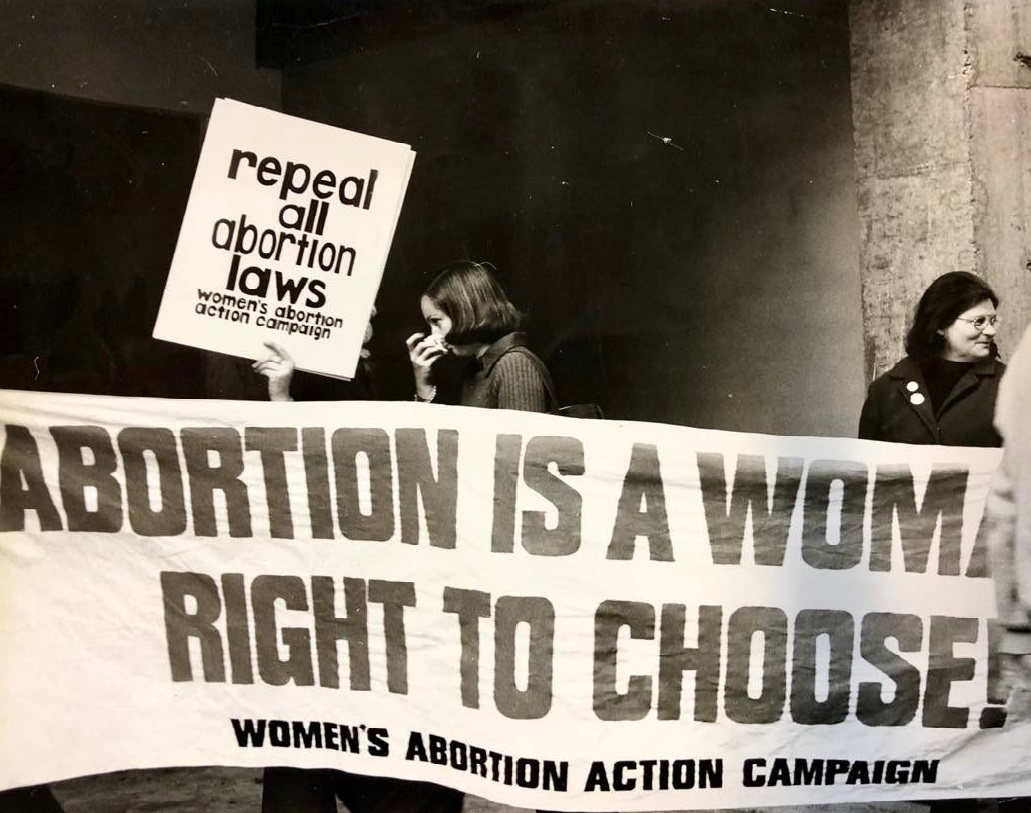 The Women’s Action Abortion Campaign (WAAC) was launched in 1972 when abortion was illegal under the New South Wales Crimes Act (1900). Three high-profile provisions made it illegal for anyone, including women, to seek an “illegal” abortion or face 10 years in prison.

People were routinely jailed for performing abortions in the early 20th century. Such cases usually came to light because a woman died, often horribly, after seeking an abortion.

Often, “backyard abortionists” without medical training tried to avoid detection by frequently relocating, often to unsanitary locations, and using makeshift items, such as knitting needles, instead of medical instruments.

The perforated uterus, hemorrhage, and septicemia claimed the lives of many victims of backyard abortionists.

For those who could afford it, some qualified doctors performed illegal abortions. But since the risk to the doctor was great, so was the cost. Few could afford it.

For some lucky women, a medical condition would be claimed, the abortion would be called a “D&C” and the procedure would be performed in a hospital.

Abortions were expensive: in 1920, a backyard abortionist in Sydney was paid up to £10 (the average weekly wage was £4), not only because of the risk, but because abortionists were also victims of widespread police corruption, which reached the highest levels.

Change was in the air in the 1970s. Corruption and the deaths of women angered the public and brought a new awareness of the need for change.

A legal case in Victoria in 1969, the Menhennitt Judgment, established by law that abortion could be “necessary” and “proportionate”.

Judge Aaron Levine, in 1971 in New South Wales, ruled that an abortion was legal under certain circumstances, extending reproductive rights a little further.

See also  Abortion is health care and a human right

A group of women from the University of Sydney called a meeting in 1972 to form a group to press for change favorable to abortion and reproductive rights.

From the beginning, WAAC wanted abortion to be abolished after 1900. crime law. The activists also wanted free and safe contraception and an end to the shameful practice of forced sterilization.

In addition to students, many working women (both at home and outside) attended this and subsequent meetings. They decided on five basic demands: Abortion is a woman’s right to choose; Repeal of all abortion laws; Free and safe abortion on demand; Free and safe contraception on demand; and No forced sterilization.

Despite many changes to the law over 50 years, they are still as relevant today as they were 50 years ago.

WAAC organized many demonstrations over the next 10 years and became part of the lively activism at the Sydney Women’s Liberation House.

WAAC published the right to choose newsletter in print format until the early 2000s and in email format for a few more years. He has always worked with like-minded organizations and individuals, including politicians, to keep the fight for abortion rights visible.

The first years of street marches and demonstrations established a pattern. WAAC participated in the International Women’s Day and Reclaim the Night protests, the Sydney Women’s Marches, protested against the New South Wales Fetal Person Bill and opposed the 40 Days for Life groups harassing clinic staff and patients.

WAAC’s Herstory Week event in 2005 showcased their work in progress. Hosted the Sydney launch of Losta book about the work of Dr. Bertram Wainer, an advocate for abortion rights in Victoria.

Free movie nights were organized to showcase the brilliant films. after the rudderon the provision of abortion services in the United States after the assassination of Dr. George Tiller and, in association with the Socialist Alliance, to show the film Vesselabout the ship that travels the world providing abortions where they are illegal or inaccessible.

WAAC wrote many submissions, including for former Senator Natasha Stott-Despoja’s bill to demand the truth in the advertising of bogus telephone “pregnancy counseling” services and Victoria’s 2007 abortion decriminalization bill.

For decades, its members wrote to all members of both houses of parliament in each state, as well as to federal parliamentarians.

WAAC members traveled to Cairns in 2010 to support a couple charged with abortion-related offenses and organized a solidarity rally in Sydney.

She attended a round table discussion with Labor MP Sophie Cotsis and, on several occasions over the decades, worked with a coalition of other organizations to push for the removal of abortion from abortion. crime law.

WAAC received a grant from the US women’s rights organization NOW in the mid-1990s, which it used to publish an index of Right To Choice. Working with Catholics for Choice and other faith-based organizations, WAAC has also published brochures on various faith views on abortion.

WAAC has run workshops and booths at the Australian Women’s Student Network and The F Conference and has had the privilege of being invited to speak with groups such as The Sydney Feminists and Colectivo Mujero.

WAAC was honored to host the late Justice David Levine AO ​​QC on the 40th anniversary of the Levine ruling in 2011, where he discussed his father’s famous decision and its aftermath. Other speakers included Dr. Caroline Costa, former MLC Meredith Burgmann, and women’s health advocate Samantha Campbell.

He organized tributes to Steve Rogers, the security guard killed at the East Melbourne Fertility Clinic in July 2001 by a violent anti-abortion fanatic.

Along with other activists, WAAC stayed up until the wee hours in 2019 to witness the NSW Parliament overwhelmingly decide to remove abortion from the crime law.

The pandemic prompted WAAC to focus on producing a website with information about the fight and honoring those who made contributions.

WAAC has also begun going through its vast trove of documents, memorabilia and photographs. An archiving and digitization plan was formulated and a professional archivist was hired to classify and catalogue. Next, it is necessary to raise funds to digitize WAAC’s historical documents, photographs, newsletters and posters.

New opportunities for online action mean WAAC members will no longer have to make long train rides in the wee hours to stand outside banner clinics. However, we will make sure our resources are freely available to everyone and provide whatever support is needed.

Times change, but WAAC has never forgotten the work of generations of grassroots activists that led to today’s successes.

WAAC is proud to pass the baton to younger activists who have already achieved so much. We are sure that our five bold but realistic demands from 1972 are a good road map.